Subscribers who get fresh content to help their business weekly. 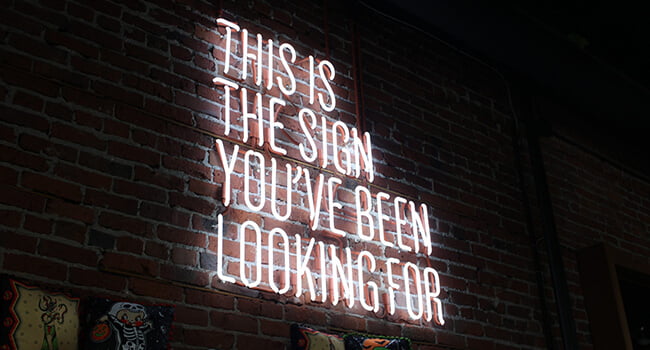 On the street, your phone, your tablet, or your social media feed, you will see advertisements — and lots of them. If you live in the United States, you will likely be the recipient of about 1,000 to 4,000 ads daily.

Advertisements are ubiquitous, and the advent of the internet and social media adds to ads’ commonality. The sheer volume of products marketed across platforms is enough to give you paralysis-by-analysis.

The volume is also enough to make you think that ads are a dime a dozen these days. However, one pulls on your emotional strings every so often, luring you to the accompanying call to action.

Here are 10 examples of creative ads that have made customers brand advocates.

The 90s was a time of television — PG television, that is. It was a time when everything on daytime TV was wholesome by any generational standards. Needless to say, profanities and sex were as taboo in 90s marketing as they were in daily conversations during that time.

In 1990, A&W made a risque move towards embedding a bit of profanity in their commercial. This commercial was A&W’s “Dumass” commercial, portraying a job applicant in an interview with a fictitious Mr. Dumass (Doo-mas).

With each sentence, the applicant consistently mispronounces the interviewer’s family name, uttering a word that means a mentally challenged horse.

The commercial draws attention to the root beer brand in a way no other approach could have. A&W’s Dumass campaign is an example that, sometimes, breaking social convention sells through comedic effect.

Here is a link to this oldie-but-goodie commercial.

2. World Wrestling Entertainment: “Get The F Out!”

Here is another example of how breaking social norms creates a lasting impression on audiences.

Before 2002, the business entity that was the World Wrestling Federation was locked in a copyright battle with the World Wildlife Fund. In particular, the dispute was over ownership of the acronym, WWF.

It was one of the most creative ads of the early 2000s. It is both a call to action to fans, as well as a piece of information. Masked as a profane phrase, the ad creative resonated well with the wrestling organization’s audience.

Here is one commercial under the said campaign.

3. Doc Morris: “Taking Care of What Really Matters in Life”

Before reading further or watching the commercial, you may need some tissues at the ready. Doc Morris placed a (joyful) tear on everyone’s eyes with its Christmas commercial in December 2020.

The commercial showed an old man’s kettlebell fitness routine over what seemed to be the holidays. The commercial finishes with him lifting his granddaughter up a Christmas tree — the same way he lifted his kettlebell.

Many have called this commercial “The Commercial CrossFit Should Have Made.” The success of the commercial proves the effectiveness of emotion in attention and engagement.

Nothing adds legitimacy and dignity to an ad campaign better than a social challenge. Always used the Superbowl as a venue to deliver the pro-woman advocacy central to its campaigns.

The commercial aired during the Superbowl and online, depicting how girls gain confidence as they play sports. The content of the commercial enshrines, as Always puts it, playing “Like a Girl”. The message was so succinct and groundbreaking that the phrase has been made a hashtag (#likeagirl).

The commercial proves to digital marketing agencies that addressing challenges is a way to stand out in the eyes of consumers.

Since 2009, Google has been reporting the most common searches of users through Zeitgeist. Over the years, Google has opted for a more accessible and far-reaching approach — one that involves a three-minute video.

Year In Search details the most common searches made by users. It also depicts other search-related trends like common monthly searches. It serves as a reminder of how people have relied on Google heavily for information.

The lesson — unite your viewers by portraying a common experience. Doing this shows that you are observant and care for your audience.

Coca-Cola’s “Share a Coke” campaign took customer individualization to a different level. In 2011, the company printed 150 of the most popular names in different countries. The product seemed to be more attractive, especially to those whose names are on the can.

The company took things a step further by allowing people to order custom bottles with their names from the site. This is proof of the power of offering a sense of individual ownership to your audience.

What is the best way to deliver a public service announcement without boring or nagging your audience? Metro Trains answered the question in 2012 with a humorous and colorful video, reminiscent of cartoons in the 90s.

The video and song have received millions of views on Youtube since its creation in 2012. “Dumb Ways To Die” shows that a little creativity and humor can go a long way with people.

In 2006, Apple released its “Get a Mac” commercial. As a simple call to action, the commercial is a portrayal of the Mac’s technical superiority over other computers. However, the portrayal is not an explicit sales pitch but one that shows how common problems are solved with the device.

The Get a Mac commercial is one of the first instantiations of a trick present in marketing services today — presenting benefits and not features.

9. Proctor and Gamble: “Thank You Mom”

Proctor and Gamble’s “Thank You Mom” ad aired during the 2014 Winter Olympics in Sochi. In the opinion of many, the commercial tugs on anyone’s heartstrings. The ad portrays the support of parents, culminating in the Olympic victories of their children.

With “Oltremare” in the background, the commercial is inspirational to anyone, including those not fans of the Winter Olympics.

Here is something you can learn from the ad:

Never underestimate the power of music and the portrayal of a relatable experience (e.g., having or being a parent) in getting your audience engaged.

No discussion of the best ad creatives can be complete without mentioning Nike. Nike has always been known for its stunning and star-studded commercials. Its ad creatives have gone a long way from the “Just Do It” campaign.

For the 2010 World Cup, Nike released its “Write the Future” commercial featuring Ronaldo, Drogba, Ronaldinho, and even Kobe Bryant. Like with any Nike ad, the commercial features many bullet-time shots and highlight-reel feats of athletes. More importantly, the commercial delivers a message in the form of a simple call to action.

You can take a page out of Nike’s book by rethinking what you want out of your CTAs. CTAs that are actionable beyond purchasing have more engagement value than one that says “add to cart”.

Ad creatives with the above-mentioned in spades provide you not only with customers but with an audience — which is what gets your business trusted and noticed.

Your email address will not be published. Required fields are marked *

PrevPrevBuilding Up Business Resiliency Through Digital Marketing
NextHow to Advertise on Facebook: A Blueprint Guide for BeginnersNext 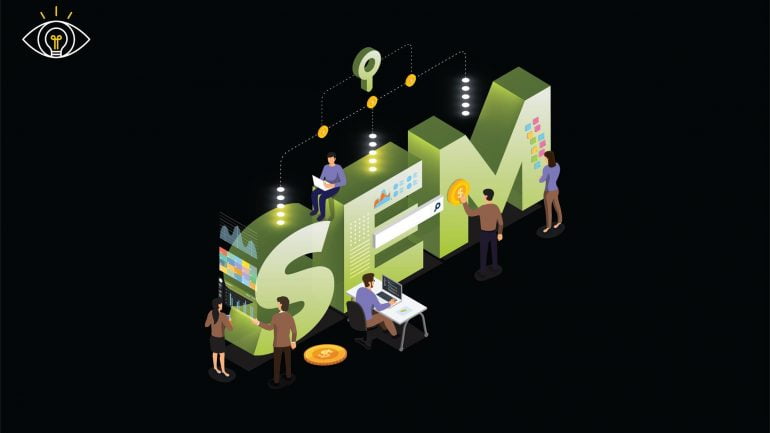 Growth in the online marketplace can be a tricky thing, especially considering 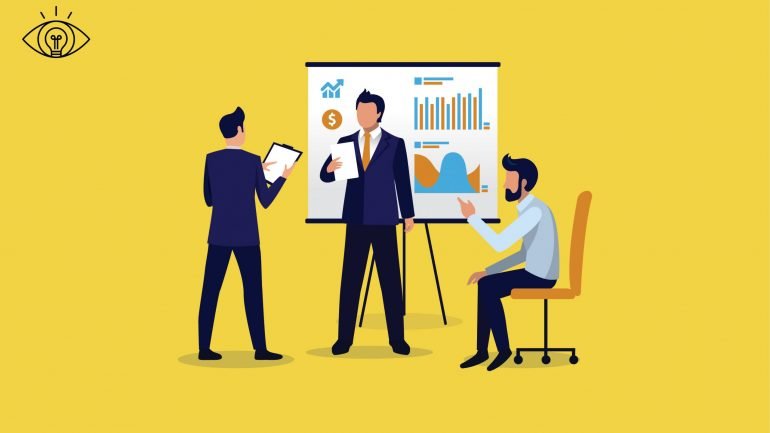 Failure or Success: It All Comes Down on How You Choose Your Partner Digital Marketing Company

It’s simple to decide to work with a digital marketing agency. The 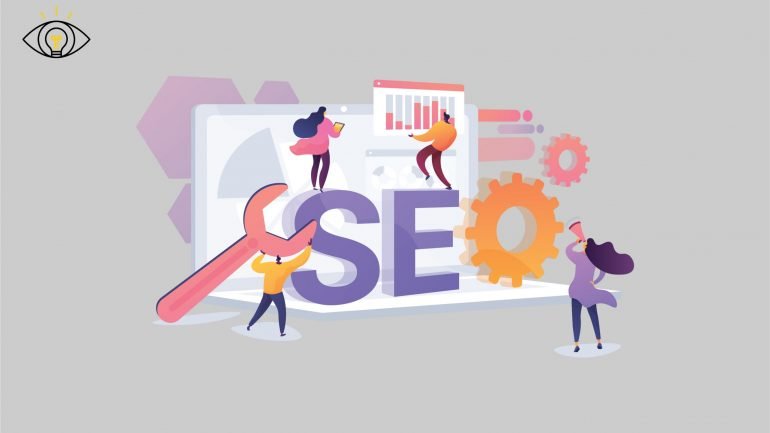 7 Things You Can Do To Dominate Your Local SEO

Local SEO services are vital for a website. They help users have

Create By Influence is an award-winning Digital Marketing and Consulting agency based in New Jersey.